Mr. Hamal Strayhorn (Pronouns: He/Him/His) joins the Center for Culture, Equity, and Empowerment team as the Director. He has over 15 years of progressive experience as a Student Affairs professional and diversity educator. Hamal’s personal and professional experiences have allowed him to intertwine his passion for counseling and interfaith work into a model that speaks to creating environments of belonging built on the foundations of diversity, equity, and inclusion. Capitalizing on this passion, Hamal has had the opportunity to speak to critical issues of diversity in community settings, training paraprofessionals, professional staff, and faculty members on various campuses, private corporations, and serving on panels championing diversity and equity internationally.

Hamal began his career in student affairs in Residence Life and Housing, serving a number of institutions in the southeast and northeast regions. Hamal served George Mason University in the past as the inaugural Assistant Director of the Aquia Neighborhood. Hamal is returning to Mason after most recently serving Montclair State University in Montclair. NJ as their Director of the Office for Social Justice and Diversity where he oversaw the Center for Faith and Spirituality, LGBTQ Center, the Multicultural Center, and the Women’s Center. Additionally, In his role at Montclair, managed campus-wide initiatives for bias education, investigations, and campus response, sexual assault and interpersonal violence, and diversity education and training.

Mr. Strayhorn is a native of Eastern NC and a two-time graduate of Gardner-Webb University where he received a Bachelor of Arts in Political Science and a Masters of Divinity in Counseling and Spiritual Care. Hamal’s mantra of life is: “Let us not grow weary in doing good, for at the appointed time, we will receive good things if we do not give up or lose heart.” His Gallup strengths include – Connectedness, Input, Belief, Responsibility, and Learner. He enjoys spending time with his family, reading, writing, traveling, superheroes, random facts, and the occasional scary movie. 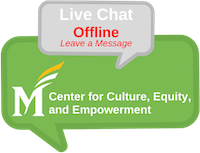